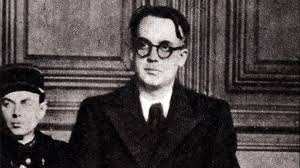 In such times of political discord and social disillusion as the present, there seems little that can provide clarity: the media drowns our sorrows in a cocktail of sensationalism and fear. The streets of Paris and the press are both awash with racist propaganda, fuelled by a hidden villain: the fascist intellectuel. Certain people have risen to a quasi-intellectual status by virtue of having a platform through which they may espouse their extremist agenda. These “false” intellectuals have come into existence by spewing out hateful nonsense onto those who are most gullible. The traditional concept of the intellectuel is once again under threat from those who can mould public opinion without genuine academic standing. I will discuss two pieces of extreme right-wing propaganda created by the right-wing intellectual, one from the present, the other from Occupied France, showing their effectiveness.

Figure 1 is a fascist cartoon, published in 1941 in the collaborationist Je suis Partout, that effectively penetrated the public consciousness by virtue of the intellectuel. The publication was very popular; its circulation reached 300 000 copies during its height in occupied France, and its messages were given intellectual validation by editor-in-chief and savant Robert Brasillach, among others. His paper La question singe (1939) was one of many similar works at that time that “normalised” antisemitism in France. The paper became a staple of anti-parliamentarianism and nationalism by associating itself with fascist movements of the era, all the while retaining its intellectual validation. The traditional role of the intellectuel as championed by Émile Zola during the Dreyfus Affair had been subverted, as Brasillach et al used this outlet to spread their spurious ideology to the masses. Instead of representing the struggle of the minority, these intellectuals preferred to castigate them and further spread their prejudices. This goes against Paulson’s (2003) definition as “that of a person of recognised intellectual attainments who speaks out in the public arena, generally in ways that call established society or dominant ideologies to account in the name of a principle or on behalf of the oppressed.”

The intellectuals behind the creation of this image used subtle allusions to successfully propagate their fascist ideology. The woman personifying France is none other than Marianne; the traditional heroine who embodies Barrès’ (1902) conception of the nation. She is not depicted as powerfully as in Delacroix’s (1830) La Liberté guidant le peuple; she is not yet free to join the future. Her lack of freedom alludes to a contradiction of one of the key facets of the tripartite motto of the French Republic: la liberté. The image also plays upon another of the aspects of the republican dictum: la fraternité. She is being denied access to the collective strength and purity of the cohort of angels that surround the figure of the infant ‘Europe’. That France should resist passage towards a new, fascist Europe and contradict its own Republican maxims is a masterful piece of fascist propaganda. Zola (1898) asserted throughout the Dreyfus Affair that fascist ideology is not in fact compatible with the republican state that should be driven by la verité and la justice. Yet this image posits republican and fascist ideologies as being not only compatible, but inevitably united.

France’s progression into new Europe is being denied by certain intangible forces; namely the francs-maçons, gaullistes, and Juifs, who made up some of the Untermensch (sub-human): a Nazi bastardisation of a Nietzschean (1978) concept that validated eugenicist ideology. This false philosophical backing helped proliferate antisemitism across Europe. These intellectuels backed contentious ideas with their supposed superior academic proficiency; subjecting these peoples to a fallible position in French society: Barrès (1902) would claim they are not true members of the French nation.

Despite Julien Benda’s (1927) claim that “l’humanité est nationale; le laïc a gagné”, this version of French nationalism seeks religious validation. The use of a nativity as the setting and the “religious maxims” aim at giving the cartoon authenticity by calling upon the subconscious Christianity of the French people. The image asserts that not only is joining the new famille the logical next step, it is also a decree of divine providence that the responsible French citizen should not ignore. This providence can also be seen in terms of the Kantian (2005) ‘will’ (the continuous, conscious attempt towards virtuous behaviour), a concept similarly appropriated by the Nazi’s for a propaganda video in 1935 titled The Triumph of the Will. In both cases, disciplined following of the will leads to the inevitable triumph of fascism. 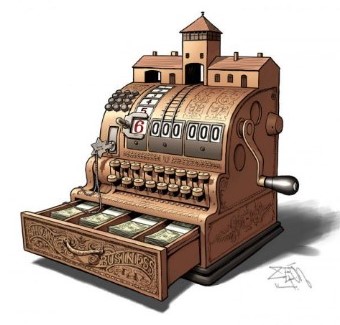 Figure 2 shows an antisemitic cartoon, brought into the mass media by the controversial Alain Soral. Despite not being an intellectuel in the traditional sense, his website, Égalité et Réconciliation (where the cartoon was published) and general output form part of the fachosphère. This is the collective extreme-right media in France that has become incredibly popular in recent years: his channel’s most popular videos have received millions of views. This success is mirrored by the rise of the Front National (now the Rassemblement National) in French general elections under Jean-Marie and Marine Le Pen. Despite having close ties with the Le Pen family (he actually left the National Front party for holding extreme antisemitic views), Soral posits himself and his ideology outside the traditional sphere, thus attempting to represent those without a voice. (Papirblat, 2019) This fits certain criterion within the definition of the intellectuel as set out by Paulson (2003) that I previously mentioned. One could question his intellectual attainments, yet the sensationalist nature of the media is such that his voice and views are nonetheless heard and seen, such as with Figure 2. The nature of the intellectual has changed with Soral as its paradigm.

Égalité et Réconciliation is awash with similarly antisemitic material. Here, the image depicts the famous entrance to the Auschwitz-Birkenau concentration (later extermination) camp in Poland where over a million Jews and other Nazi war criminals were slaughtered by the Nazi State. The cartoon accuses the historic site of profiteering on behalf of the Jewish people as it depicts the building atop a till full of money. This plays on a common antisemitic stereotype of Jews being financially superior and living mysteriously on the fringes of society. (Lindemann & Levy, 2010) The presence of this image shows the reappearance of extreme right-wing views being “valid” in French society. The normalisation of such views is down to figures such as Soral, who evoke archaic stereotypes and use metaphor in order to pose as “intellectuals”. Once in the public eye they will maintain a following, as Brasillach did. Any propaganda produced by such people gains legitimacy by virtue of their intellectuel status in society.

Although Brasillach “was killed for his words” as a traitor of the French state, current right-wing extremists that masquerade as intellectuels are being allowed to preach their sermons, to the detriment of the people whose opinions they are supposed to represent. (Corliss, 2000) Soral may be currently imprisoned but the bastardized role of the intellectuel he has assumed allows for the normalisation of the abnormal; extremist thought proliferates in society when given intellectual validation. As Sternhell (1990) asserts “people refuse to admit that France has also secreted a political culture antipodal to the revolutionary and rationalistic traditions of the eighteenth century. People refuse to admit that there has been another side to the nation’s history.” This “other side” has woven its way into the fabric of the French nation by virtue of the fascist intellectuel, whose spirit endures.

Kant, I. ; 2005 ; The Moral Law: Groundwork of the Metaphysics of Morals ; Routledge Classics: London.