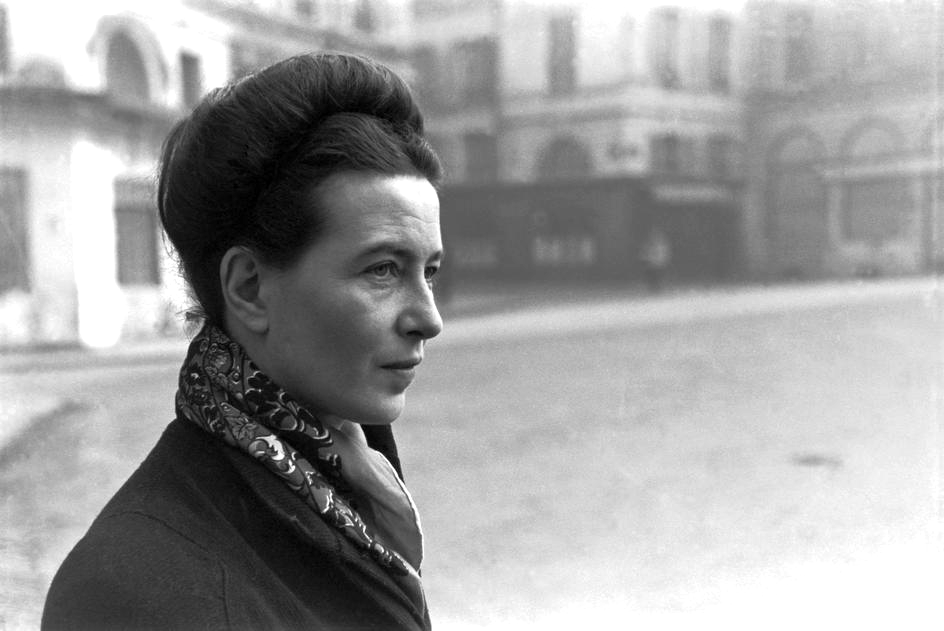 “One is not born a woman, one becomes one.”  (De Beauvoir, 1975) This existentialist view was groundbreaking for Beauvoir and her feminist movement. A women of multiple traits; writer, political activist, feminist and intellectual, Simone de Beauvoir was the voice for oppressed 20th century women. Beauvoir was famous for her various essays, biographies, novels, however the most notable was that of ‘The Second Sex’. The journey of a women’s life and how a women’s attitude towards bodily functions and her body changes over the years, and to what extent society influences this attitude. In essence it maintained the theory that the long withstanding submission of women was completely unnatural. After reading passages from ‘The Second Sex’ it sparked my interest to become more familiar with Beauvoir, and to what extent she shaped second wave feminism. (Beauvoir, S.D, 2010) Which in turn led me to discover “Why i’m a feminist”, an interview infamously carried out by French journalist Jean-Louis Servan-Schreiber in 1975 for his television show. He touches on ideas from ‘The Second Sex’ as mentioned previously, and questions Beauvoir on the infamous quote, amongst other things. I find this interview of Beauvoir particularly interesting for various reasons. Not only in the way in which she utilises the interview to comment on her own feminist views and aspirations but also to shed light on the political goals of the French feminist movement. She comments on the success of ‘The Second Sex’, sexual politics, and the struggles that contemporary women are now facing.

I must start with the part of the interview that immediately caught my attention, which was when Simone de Beauvoir was questioned on her infamous quote; ”One is not born a woman, one becomes one.” Upon being asked this question she responded: “Yes, that formula is the basis of all my theories…. Its meaning is very simple, that being a woman is not a natural fact. It’s the result of a certain history. There is no biological or psychological destiny that defines a woman as such…. Baby girls are manufactured to become women.”  (Simone De Beauvoir, 1975) This groundbreaking quote from de Beauvoir is the opening line of her second book which supports the argument and notion of arguably her entire feminist movement, that femininity does not arise from differences in psychology, intellect or biology. It is in fact a direct representation of how a society is constructed and ultimately the difference in situation. The essence is that said situation determines character and it is not the other way round. This difference in situation is a result of nurture – a women is not born fully formed, she is a blank slate, it is the way in which she is raised that determines her level of femininity. I thought it would be important to start with this quote as it is the root of the message that Simone de Beauvoir is trying to get across, not only in this interview, but throughout the course of her life, the fact that women are not born weak and submissive, but actually it is a result of society which conditions us to believe that.

Another intriguing aspect of the interview that I came across, was that of the interviews dynamics and structure. I found that this interview perfectly exemplified the difference in Beauvoir’s change in attitude from previous interviews. In the sense that Beauvoir appears to be more radicalised in terms of her vision and goals for femininity. For example she expressed that in search of a real change for women she has cut all ties with the socialist revolution, something that she may not of done 25 years ago. I found this piece the most pro active interview that she has ever done as she touches on various topics that prove to be so important to her influence on second wave feminism. Most notably the fact that she pushed the activist group; ‘Movement de liberation des femmes’, which eventually led to the legalisation of abortion. This was mainly a result of severe controversy from signing the Manifesto of the 343 in 1971 led by Simone deed Beauvoir, a manifesto of 343 ‘sluts’ who admitted to having illegal abortions who were then subject to public shame and a breach in their privacy in order to fight for their rights. It ultimately was a success, partly due to the backing from Beauvoir, which then led to the legalisation of abortions in 1975. Continuing on, I found that not only is Beauvoir’s attitude seemingly different, the intimacy and simplicity in terms of the layout is fundamental. It is simply Beauvoir and her views, no extenuating factors, she is stripped bare and is able to express her passions freely. I also could nor help but be interested in the use of the camera, for most of the frames we see a close-up of the existentialist which enables us to make a connection and feel her raw emotions, as if we were there. It is also very intriguing for me that the only two people we can see in the interview is Simone de Beauvoir and Jean-Louis Servan-Schreiber, no one else. This helps to create a sense of equality between men and women, a symbolism of hope and success for Beauvoir feminist movement. (Rubio-Marín, 2014)

Not only does Simone de Beauvoir comment on her personal achievements and ambitions, she also touches on the wider issues in French society of that period, such as the problems that arise as a direct result of communism, the outdated view that women’s problems are considered to be secondary. Simone de Beauvoir expresses at the end of the interview her next goals for her feminist movement, and the main problem for her moving forward, which is the element of housework, and that women should not be imprisoned to be a slave to the needs of their husband. This chauvinistic view is one of the main reasons women are viewed as slaves to their men, and is the next tradition to go on her to do list.

After watching this interview, I believe that Simone de Beauvoir was the driving force behind combatting many issues which ultimately let to second wave feminism. When asked about the concept of abortion, she herself states that legalising abortion is the first step towards more liberty and emancipation for women in general. A dream that became a reality for her with the legalisation of abortion in 1975, just a few months before the interview in question. This interview almost marked as a celebration for Beauvoir’s success over the last few decades in creating this second wave feminism and gender equality, which leads me to end this blog post with a quote I found from Antoinette Fouque, the psychoanalyst and fellow MLF member who famously said; “More has been done for women in the last forty years than in two millions years of history.”  This quote in itself exemplifies the extent of Beauvoir’s efforts and dedication in becoming the real turning point for sixties and seventies women, being the light at the end of the tunnel in terms of the perception of them as simply wives, mothers or daughters and more as independent, influential women.